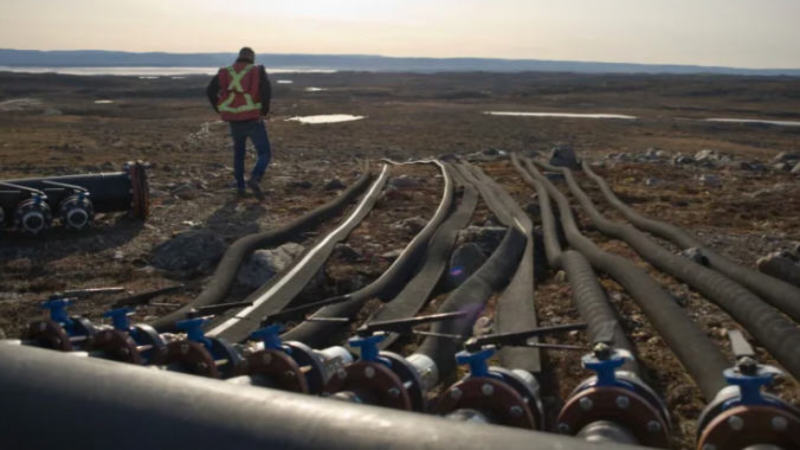 The two spoke with CBC's The House in interviews airing Saturday.

But she said that while boil water advisories are still a concern in Nunavut — more than a dozen have been issued across the territory this year — the long term issue Iqaluit faces is with the water supply itself.

"We're coming in close to a crisis where we may not even have enough water to to sustain our city," Brewster said.

Iqaluit draws its potable water from Lake Geraldine but has had to declare water emergencies repeatedly over the past several years because accessible water in the lake can run low, particularly in winter months when it freezes.

Iqaluit amended its water licence in 2019 to allow it to draw from the Apex River, but that source is not considered a reliable long-term option. Water issues were flagged as the number one issue in Iqaluit's most recent budget.

Climate change is part of the problem, Brewster said.

"When the active permafrost layer becomes more abundant due to climate change, it causes strain on our water and sewer infrastructure," she said. "The melting of that permafrost causes more water to be in and around those pipes, running the risk of freezing up and breaking those pipes."

The shifting landscape of Canada's North is not the only climate-related threat to affect Iqaluit's struggle for water access. The severe storm of May 2021 in Texas also played a role — by shutting down chemical plants and driving up the price of plastic piping needed for the city's water infrastructure projects.

"That's one of the reasons that the city council voted unanimously in early May to defer a much needed expansion of our main sewer line," Brewster said.

The deputy mayor said the city is working to prioritize maintenance and repair of its water infrastructure, install new software systems to monitor pressure, and secure access to funding to green its infrastructure in the face of climate pressure.

Samson Cree Nation Councillor Mario Swampy said he is focusing his efforts on building water sovereignty — control by First Nations over their own water infrastructure and planning.

He said he's trying to be optimistic about the $8 billion settlement but added "we can't just throw money at problems and expect them to go away.

"There's so much more to that in terms of coming from generations to where the problem has gotten us to where we're at today, and those can't be resolved overnight."

"Water sovereignty is having the ability to be self determining and controlling what that's going to look like for our nation now and in the future," he said.

Part of that approach is to work in partnership with various groups and to incorporate historical and spiritual as well as technical factors into decision making, he said.

"So there's no quick fixes. There's no easy wins. It's got to be a vested interest and a buy-in from everyone around the table and continually pushing this agenda forward," Swampy said.

"This is bigger than all of us. We've got to start building things that are going to last beyond political cycles and really, really be beneficial for our future generations."