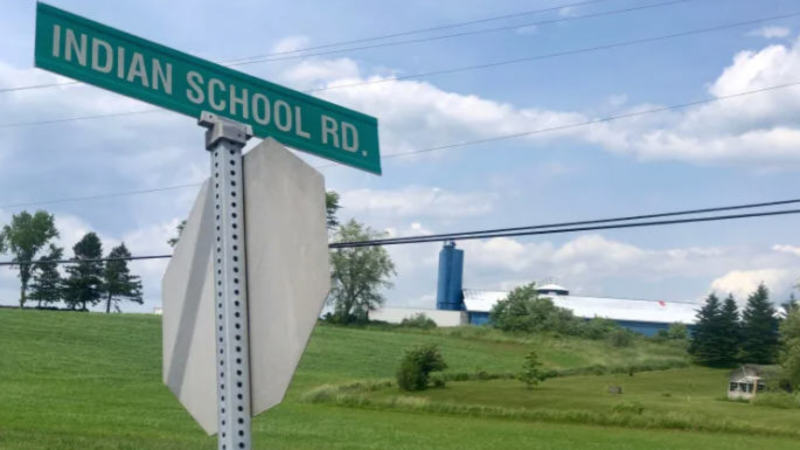 Work is underway to get the word out to a group of residential school survivors to review a proposed settlement agreement before its final approval in September.

Commonly known as day scholars, because they returned home at night, they were not included in an original agreement that paid compensation to residential school survivors in 2006.

Students who went home at the end of every day from the Shubenacadie residential school in Nova Scotia are eligible to make a claim.

"I think it's very significant for those survivors, they felt very upset," said Vanessa Nevin, the director of health at the Atlantic Policy Congress of First Nations Chiefs Secretariat.

"They felt it was important for their family to have justice. They endured everything else that residential school survivors endured during the day."

The only way this group could make a claim before was for physical or sexual abuse, but not for the experience of attending the institutions.

Chiefs of the Tk'emlúps te Secwépemc and Shishalh Indian Bands in B.C. began talking about how to get some form of redress for the former students in 2010.

A settlement was reached with the federal government just last month and now work is underway to let survivors know about the next steps in the process.

The proposed settlement includes a compensation payment of $10,000 for each former student.

It's unclear how many former students from Shubenacadie may be eligible to make a claim but there are thought to be between 12,000 and 20,000 Indigenous people across the country who may be able to apply.

"The amount is a compromise," said Peter Grant, who is counsel for the residential school day scholars' class action suit.

"It's nothing like the compensation that is needed but recognition that, yes, these people suffered and just because they went home at night they equally suffered and I think that's really important for that acknowledgement."

The agreement allows for all former students who were alive as of May 30, 2005 to make a claim. In cases where people have died since that date, their families will be able to apply on their behalf.

Notice of the proposed settlement is being shared nationally through social media, as well as in radio and newspaper advertisements.

With so much anguish in First Nations communities across the country following amid the discoveries of unmarked graves, supports are being put in place for people who will make a claim.

"The effects are traumatizing," said Vanessa Nevin, who is also from Sipekne'katik First Nation and the granddaughter of a residential school survivor.

"Survivors need to be supported prior to an agreement, during an agreement and after an agreement. While it is good that they're being compensated and there is some small justice for what has happened to them, it brings back a lot of memories of really traumatizing times in their lives."

Nevin said support workers with her organization are already working in communities offering help and guidance to survivors triggered by news of the graves and those who might consider making a claim in the latest settlement.

"It's imperative we get the information out to survivors and family members, we do know that some compensation will help some families in our region," Nevin said.

Nobody can make a claim until the settlement is finalized, but any survivor can say what they think about the settlement to the court either in writing or in person.

"Anyone who wants to speak before the court, we need to get their names by the 30th of August so that we can organize a speaking schedule and advise the court of that schedule," said Grant.

The settlement approval hearing in court is scheduled for Sept. 7.

Included in the agreement is a commitment from the government to invest $50 million into a day scholars revitalization fund aimed at supporting healing, wellness, education, language, culture, heritage, and commemoration activities.

"If we want to maintain our Mi'kmaw language, we need to be able to have those investments to help mitigate some of the damages done from the residential school," Nevin said.

This settlement is separate from the 2019 agreement for students of so-called Indian day schools.